A wrinkle, also known as a rhytide, is a fold, ridge or crease in the skin. Skin wrinkles typically appear as a result of aging processes such as glycation, habitual sleeping positions, loss of body mass, or temporarily, as the result of prolonged immersion in water. Age wrinkling in the skin is promoted by habitual facial expressions, aging, sun damage, smoking, poor hydration, and various other factors.

Radiofrequencies have been commonly used in medicine since the very beginning of the 20th century, and have proven to create a long lasting effect. The treatments stimulate the production of new collagen. 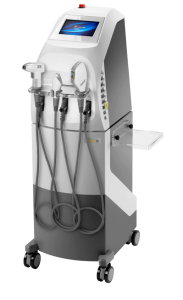 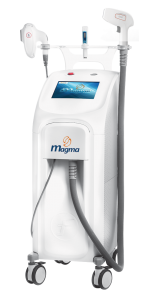 Like what you see? Contact us to find out about how you could enhance your aesthetic services.

We are excited to hear from  you!